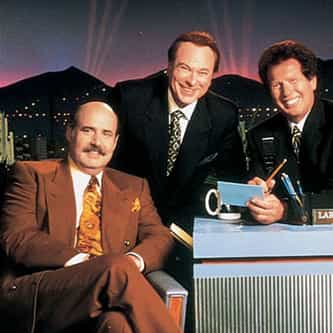 The Larry Sanders Show is an American television sitcom set in the office and studio of a fictional late-night talk show. The show was created by Garry Shandling and Dennis Klein and aired from August 1992 to May 1998 on the HBO cable television network. The series stars Shandling, Jeffrey Tambor, and Rip Torn and features celebrities playing exaggerated, self-parodying versions of themselves. The show has its roots in Shandling's stand-up comedy background, his experience as a guest host ... more on Wikipedia

The Larry Sanders Show IS LISTED ON