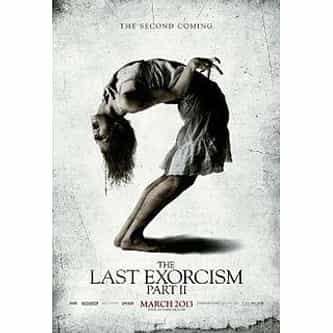 The Last Exorcism Part II is a 2013 American supernatural drama horror film co-written and directed by Ed Gass-Donnelly. It stars Ashley Bell, Julia Garner, Spencer Treat Clark, David Jensen, Tarra Riggs, Louis Herthum, and Muse Watson. It is a sequel to 2010's The Last Exorcism, and released on March 1, 2013. The film follows Nell Sweetzer as she attempts to recover from her past experiences and start her life anew. Nell then starts to realize that the demon that previously possessed her ... more on Wikipedia

FANS OF The Last Exorcism Part II ALSO LIKE

Dominion: Prequel to the Exorcist

The Last Exorcism Part II IS LISTED ON