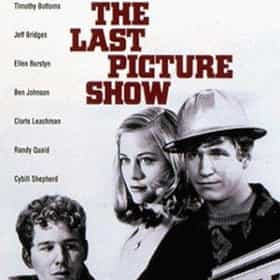 The Last Picture Show is a 1971 American drama film directed by Peter Bogdanovich, adapted from a semi-autobiographical 1966 novel of the same name by Larry McMurtry. Set in a small town in north Texas from November 1951 to October 1952, it is about the coming of age of Sonny Crawford and his friend Duane Jackson. The cast includes Cybill Shepherd in her film debut, Ben Johnson, Eileen Brennan, Ellen Burstyn, Cloris Leachman, Clu Gulager, Randy Quaid and John Hillerman. For aesthetic and technical reasons it was shot in black and white, which was unusual for the time. The film was nominated for eight Academy Awards, including Best Picture, Best Director and four nominations for acting: ... more on Wikipedia

The Last Picture Show is ranked on...

The Last Picture Show is also found on...