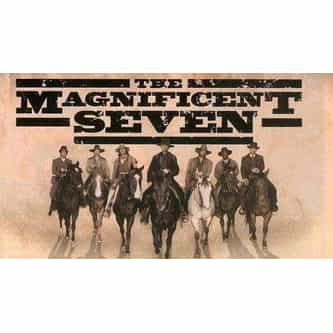 The Magnificent Seven is a 2016 American western action film directed by Antoine Fuqua and written by Nic Pizzolatto and Richard Wenk. It is a reimagination of the 1960 western film of the same name, which in turn was a remake of the 1954 Japanese film Seven Samurai. The film stars Denzel Washington, Chris Pratt, Ethan Hawke, Vincent D'Onofrio, Lee Byung-hun, Manuel Garcia-Rulfo, Martin Sensmeier, Haley Bennett and Peter Sarsgaard. It is the final film of composer James Horner, who died ... more on Wikipedia

The Quick and the Dead

The Conjuring 2: The Enfield Poltergeist

The Magnificent Seven IS LISTED ON