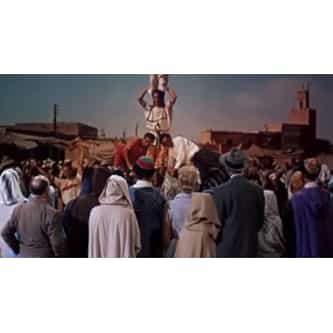 The Man Who Knew Too Much

The Man Who Knew Too Much is a British suspense film directed by Alfred Hitchcock, featuring Peter Lorre, and released by Gaumont British. It was one of the most successful and critically acclaimed films of Hitchcock's British period. Hitchcock remade the film with James Stewart and Doris Day in 1956 for Paramount Pictures. The two films are, however, very different in tone, in setting, and in many plot details. The film has nothing except the title in common with G. K. Chesterton's 1922 ... more on Wikipedia

The Man Who Knew Too Much IS LISTED ON