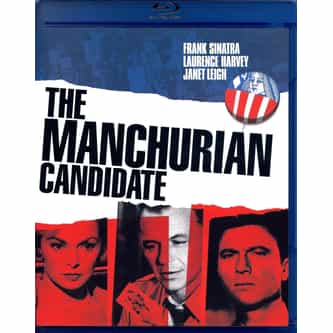 The Manchurian Candidate is a 1962 American Cold War suspense thriller directed by John Frankenheimer that stars Frank Sinatra, Laurence Harvey and Janet Leigh and co-stars Angela Lansbury, Henry Silva and James Gregory. Its screenplay, by George Axelrod, is based on the 1959 novel by Richard Condon. The premise of the film is the brainwashing of the son of a prominent right-wing political family as an unwitting assailant in an international communist conspiracy. The Manchurian Candidate ... more on Wikipedia

The Manchurian Candidate IS LISTED ON