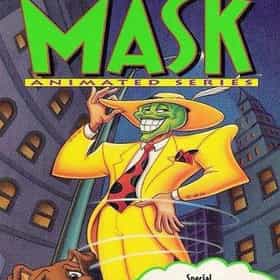 The Mask: The Animated Series

The Mask aka The Mask: Animated Series is an American animated television series based on the film of the same name. The show ran for three seasons, from August 12, 1995 to August 30, 1997 on CBS, and spawned its own short-run comic book series, Adventures of The Mask. John Arcudi, former writer of the original comics, penned two episodes of the cartoon. It originally was played during the CBS Kidshow line-up on Saturday mornings, but after being cancelled, it was moved to Cartoon Network. The show also ran in syndication. ... more on Wikipedia

The Mask: The Animated Series is ranked on...