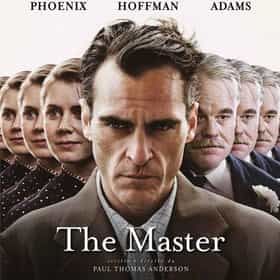 The Master is a 2012 American drama film written, directed, and co-produced by Paul Thomas Anderson and starring Joaquin Phoenix, Philip Seymour Hoffman, and Amy Adams. It tells the story of Freddie Quell, a WWII veteran struggling to adjust to society, who meets Lancaster Dodd, a leader of a religious movement known as "The Cause". Dodd sees something in Quell and accepts him into the movement. Freddie takes a liking to "The Cause" and begins traveling with Dodd along the East Coast to spread the teachings. ... more on Wikipedia

The Master is ranked on...