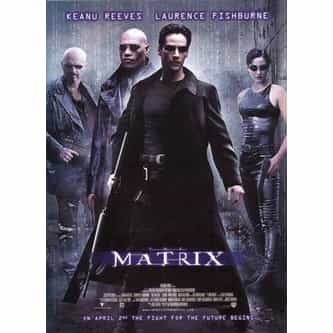 The Matrix is a science fiction action media franchise created by The Wachowskis and distributed by Warner Bros. Pictures. The series began with the feature film The Matrix (1999), and continued with two sequels, The Matrix Reloaded (2003) and The Matrix Revolutions (2003). The characters and settings of the films are further explored in other media set in the same fictional universe, including animation, comics, and video games. ... more on Wikipedia

lists about The Matrix Franchise

154.6k votes 14 Matrix Fan Theories That Will Have You Saying 'Whoa'

2.4k readers Why The 'Matrix' Sequels Are Better Movies Than We Remember

2.5k votes The Best Characters in the Matrix Series, Ranked

2.2k votes Foreshadowing We Missed In 'The Matrix' Movies

The Matrix Franchise IS LISTED ON