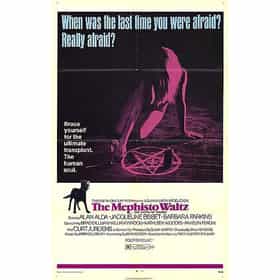 The Mephisto Waltz is a 1971 American horror film about an occult-murder mystery. It was directed by Paul Wendkos and starred Alan Alda, Jacqueline Bisset, Barbara Parkins, Bradford Dillman and Curd Jürgens. The name of the movie is taken from the piano work by Franz Liszt of the same name. Ben Maddow adapted his screenplay from the novel of the same name by Fred Mustard Stewart. The film was the only big-screen work of veteran television producer, Quinn Martin. ... more on Wikipedia

The Mephisto Waltz is ranked on...

The Mephisto Waltz is also found on...