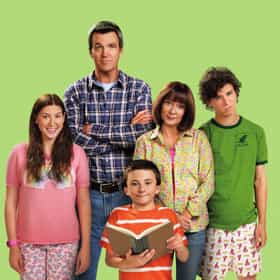 The Middle is an American sitcom about a working-class family living in Indiana and facing the day-to-day struggles of home life, work, and raising children. The show premiered September 30, 2009 on the ABC network. The Middle was created by former Roseanne and Murphy Brown writers Eileen Heisler and DeAnn Heline of Blackie and Blondie Productions. The show is distributed by Warner Bros. Television Distribution and Blackie and Blondie Productions. ... more on Wikipedia

lists about The Middle

The Middle is ranked on...

The Middle is also found on...