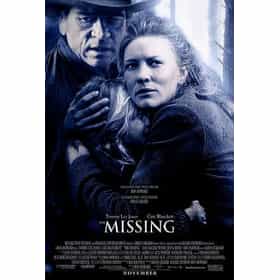 The Missing is a 2003 American Revisionist Western thriller film directed by Ron Howard, based on Thomas Eidson's 1996 novel The Last Ride. The film is set in 1885 New Mexico Territory is notable for the authentic use of the Apache language by various actors, some of whom spent long hours studying it. The film was produced by Revolution Studios, Imagine Entertainment, and Daniel Ostroff Productions and distributed by Columbia Pictures. ... more on Wikipedia

The Missing is ranked on...

The Missing is also found on...