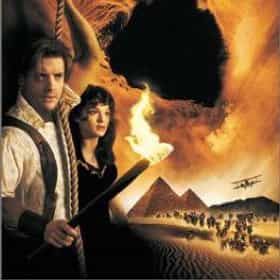 The Mummy is a 1999 American fantasy adventure film written and directed by Stephen Sommers and starring Brendan Fraser, Rachel Weisz, John Hannah, and Kevin J. O'Connor, with Arnold Vosloo in the title role as the reanimated mummy. It is a loose remake of the 1932 film The Mummy which starred Boris Karloff in the title role. Filming began in Marrakech, Morocco, on May 4, 1998, and lasted seventeen weeks; the crew had to endure dehydration, sandstorms, and snakes while filming in the Sahara. The visual effects were provided by Industrial Light & Magic, who blended film and computer-generated imagery to create the titular Mummy. Jerry Goldsmith provided the orchestral score. The ... more on Wikipedia

lists about The Mummy

The Mummy 2017 Movie Quotes 347 votes The Mummy 2017 movie quotes help tell the story portrayed in the film about what happens when an ancient Egyptian princess's...

The Mummy is ranked on...

The Mummy is also found on...