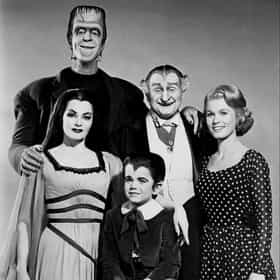 The Munsters is an American television sitcom depicting the home life of a family of benign monsters. It stars Fred Gwynne as Herman Munster and Yvonne De Carlo as his wife, Lily Munster. The series was a satire of both traditional monster movies and the wholesome family fare of the era, and was produced by the creators of Leave It to Beaver. It ran concurrently with the similarly macabre themed The Addams Family, though had higher figures in the Nielsen ratings. The series originally aired on Thursday at 7:30pm on CBS from September 24, 1964, to May 12, 1966; 70 episodes were produced. It was broadcast weekly on BBC1 in the UK. It was cancelled after ratings dropped to a low due to ... more on Wikipedia

The Munsters is ranked on...