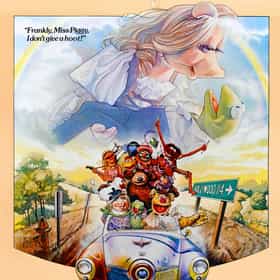 The Muppet Movie is a 1979 American-British musical road comedy film and the first of a series of live-action feature films starring Jim Henson's Muppets. Directed by James Frawley, the film's screenplay was written by The Muppet Show writers Jerry Juhl and Jack Burns. Produced by Henson Associates between the third and fourth seasons of The Muppet Show, The Muppet Movie depicts Kermit the Frog as he embarks on a cross-country trip to Hollywood. Along the way, he encounters several of the Muppets— who all share his ambition of finding success in professional show business— while being pursued by a relentless restaurateur with intentions of employing Kermit as a spokesperson ... more on Wikipedia

lists about The Muppet Movie

The Muppet Movie is ranked on...

The Muppet Movie is also found on...