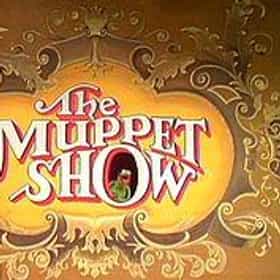 The Muppet Show is a family-oriented comedy-variety television series that was produced by puppeteer Jim Henson and features The Muppets. After two pilot episodes produced in 1974 and 1975 failed to get the attention of America's network heads, Lew Grade approached Henson to produce the programme for ATV's ITV franchise in the UK. The show lasted for five series consisting of 120 episodes which were first broadcast in Britain between 5 September 1976 and 15 March 1981 over ATV and syndicated to local broadcast stations elsewhere. The programmes were recorded at ATV's Elstree Studios just north of London. The series shows a vaudeville or music hall-style song-and-dance variety show, as ... more on Wikipedia

The Most Interesting Muppet Show Characters 10.8k votes This is an Ultimate List that features either the most hyper or just plain interesting/weird character on the classic Muppet...
Who Do You Wish Would Guest Star on the Muppet Show? 7.8k votes Following their brand-new big screen Disney adventure, "The Muppets," Jim Henson's stable of beloved felt characte...
Disturbing Muppet Moments You Didn't Realize Were For Adults 294 votes Any list of racy moments in children's television is probably going to include something from The Muppet Show. Like other ch...

The Muppet Show is ranked on...

The Muppet Show is also found on...