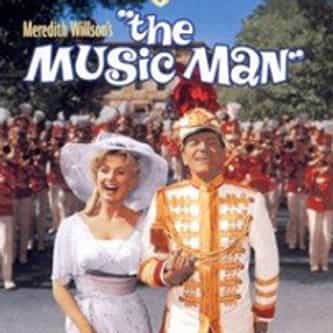 Tagline
The story of that man and his 76 trombones
and the wonderful
wonderful tune he played on every heart in town!

The Music Man is a 1962 musical film starring Robert Preston as Harold Hill and Shirley Jones as Marian Paroo. The film is based on the 1957 Broadway musical of the same name by Meredith Willson. The film was one of the biggest hits of the year and highly acclaimed critically. In 2005, The Music Man was selected for preservation in the United States National Film Registry by the Library of Congress as being "culturally, historically, or aesthetically significant". ... more on Wikipedia

The Music Man IS LISTED ON