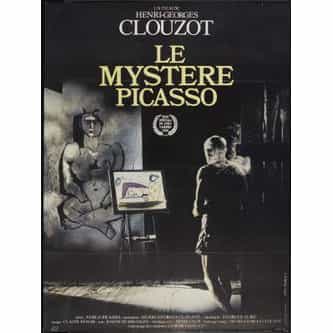 The Mystery of Picasso

The Mystery of Picasso is a 1956 French documentary film about the painter Pablo Picasso, directed by Henri-Georges Clouzot, and showing Picasso in the act of creating paintings for the camera. Most of the paintings were subsequently destroyed so that they would only exist on film, though some may have survived. The film begins with Picasso creating simple marker drawings in black and white, gradually progressing to full scale collages and oil paintings. It won the Special Jury Prize at ... more on Wikipedia

The Mystery of Picasso IS LISTED ON