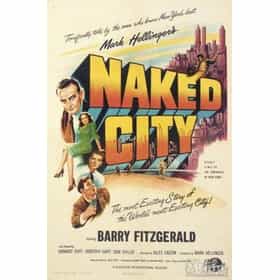 The Naked City is a black-and-white film noir directed by Jules Dassin. Based on a story by Malvin Wald, the film depicts the police investigation that follows the murder of a young model. A veteran cop is placed in charge of the case and he sets about, with the help of other beat cops and detectives, to find the girl's killer. The movie, shot partially in documentary style, was filmed on location on the streets of New York City and features landmarks such as the Williamsburg Bridge, the Whitehall Building, and an apartment building on West 83rd Street in Manhattan as the scene of the murder. The film received two Academy Awards, one for cinematography for William H. Daniels, and ... more on Wikipedia

The Naked City is ranked on...

The Naked City is also found on...