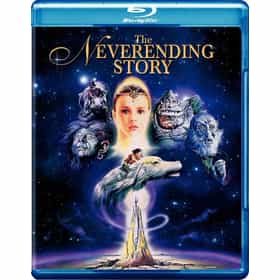 The NeverEnding Story is a 1984 West German epic fantasy film based on the novel of the same name by Michael Ende, about a boy who reads a magical library book that tells a story of a young warrior whose task is to stop a dark storm called the Nothing from engulfing a fantasy world. The film was directed and co-written by Wolfgang Petersen and starred Barret Oliver, Noah Hathaway, Tami Stronach, Moses Gunn, Thomas Hill; and Alan Oppenheimer as the voices of both Falkor and Gmork. At the time of its release, it was the most expensive film produced outside the USA or the USSR. The film was later followed by two sequels. Ende felt that this adaptation's content deviated so far from his ... more on Wikipedia

The NeverEnding Story is ranked on...

The NeverEnding Story is also found on...