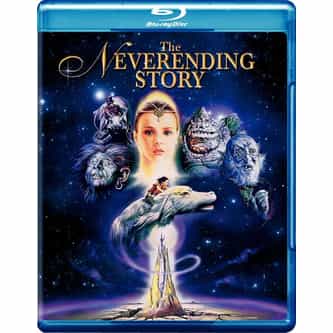 Sequel
The NeverEnding Story II: The Next Chapter

The NeverEnding Story is a 1984 West German epic fantasy film based on the novel of the same name by Michael Ende, about a boy who reads a magical library book that tells a story of a young warrior whose task is to stop a dark storm called the Nothing from engulfing a fantasy world. The film was directed and co-written by Wolfgang Petersen and starred Barret Oliver, Noah Hathaway, Tami Stronach, Moses Gunn, Thomas Hill; and Alan Oppenheimer as the voices of both Falkor and Gmork. At the ... more on Wikipedia

The NeverEnding Story IS LISTED ON