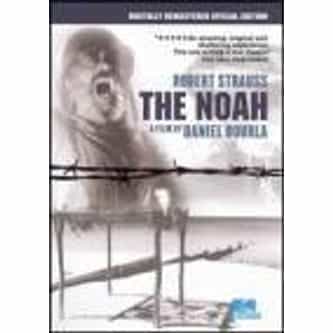 The Noah is a post-apocalyptic fiction film written and directed by Daniel Bourla, starring Robert Strauss in his final film performance. Noah is the sole survivor on our planet after a nuclear holocaust. To cope with his loneliness, he creates an imaginary companion, then a companion for his companion and finally an entire civilization - a world of illusion in which there is no reality but Noah, and no rules but those of the extinct world of his memory. The film was shot in Puerto Rico in ... more on Wikipedia

The Noah IS LISTED ON