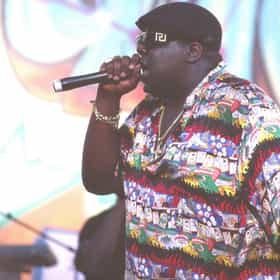 Christopher George Latore Wallace (May 21, 1972 – March 9, 1997), known professionally as The Notorious B.I.G., Biggie Smalls, or Biggie, was an American rapper. He is widely considered to be one of the greatest rappers of all time.Wallace was born and raised in the Brooklyn borough of New York City. His debut album Ready to Die (1994) made him a central figure in East Coast hip hop and increased New York City's visibility in the genre at a time when West Coast hip hop dominated the mainstream. The following year, he led Junior M.A.F.I.A.—a protégé group composed of his childhood friends—to chart success. In 1996, while recording his second album, Wallace was heavily ... more on Wikipedia

lists about The Notorious B.I.G.

The Notorious B.I.G. is also found on...