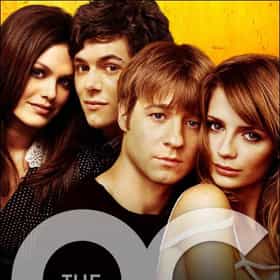 The O.C. is an American teen drama television series that originally aired on the Fox network in the United States from August 5, 2003, to February 22, 2007, running a total of four seasons. The series, created by Josh Schwartz, portrays the fictional lives of a group of teenagers and their families residing in the affluent seaside community of Newport Beach, in Orange County, California. The series centers on Ryan Atwood, a troubled but tough young man from a broken home who is adopted by the wealthy and philanthropic Sandy and Kirsten Cohen. Ryan and his surrogate brother Seth, a socially awkward yet quick-witted teenager, deal with life as outsiders in the high-class world of ... more on Wikipedia

lists about The O.C.

The Vampire Diaries
The Most Important Episodes Of 'The O.C.' 144 votes The O.C., which aired from 2003 to 2007, remains a cult classic and prime example of how to do a teen soap. Even though the ...
The Best Episodes of 'The O.C.' 118 votes There are so many good episodes of The O.C., but which ones really stand out? Do you like "The Nana" the best, or ...
How the Cast of The O.C. Aged Throughout the Show 9.4k views The Fox drama The O.C. premiered on August 5, 2003, and when it did, it not only got Phantom Planet's song "California&...
The Cast Of 'The O.C.': Where Are They Now? 3.6k views First airing in 2003, The O.C. depicts the opulent lives of teens (and their parents) living in Newport Beach of Orange Coun...
Seth Cohen Is A Disgrace To Nerds And A Horribly Manipulative, Narcissistic Character 503 votes The first time you watched The O.C., Seth Cohen probably seemed like the perfect boyfriend. He was dorky, alternative, funny...