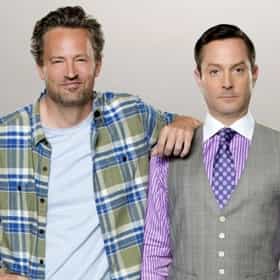 The Odd Couple is an American multi-camera television sitcom that premiered on February 19, 2015, on CBS. It is the sixth screen production based on the 1965 play written by Neil Simon, preceded by the 1968 film, a 1970 television series, a 1975 Saturday morning cartoon, a 1982 remake of the 1970 series, and The Odd Couple II, a 1998 theatrical sequel. The new show stars Matthew Perry as the slovenly Oscar Madison and Thomas Lennon as the obsessively-tidy Felix Unger. Perry and Lennon have previously worked together on the film 17 Again. The show was announced in December 2013 and was picked up by CBS as a midseason offering for the 2014–15 season. The first season is set to conclude ... more on Wikipedia