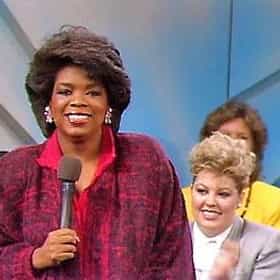 The Oprah Winfrey Show, often referred to simply as Oprah, is an American syndicated talk show that aired nationally for 25 seasons from 1986 to 2011. Produced and hosted by its namesake, Oprah Winfrey, it remains the highest-rated talk show in American television history. The show was highly influential, and many of its topics penetrated into the American pop-cultural consciousness. Winfrey used the show as a platform to teach and inspire, aiming to provide viewers with positive, spiritually uplifting experiences by featuring book clubs, interviews, self-improvement segments, and philanthropic forays into world events. The show gained credibility by not trying to profit off the ... more on Wikipedia

The Oprah Winfrey Show is ranked on...

The Oprah Winfrey Show is also found on...