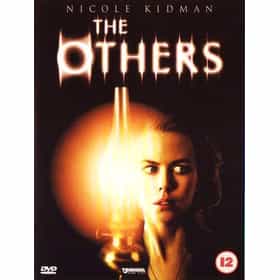 The Others is a 2001 horror-thriller film written, directed and scored by Alejandro Amenábar. It stars Nicole Kidman and Fionnula Flanagan. It won eight Goya Awards, including awards for Best Film and Best Director. This was the first English-language film ever to receive the Best Film Award at the Goyas, without a single word of Spanish spoken in it. The Others was nominated for six Saturn Awards including Best Director and Best Writing for Amenábar and Best Performance by a Younger Actor for Alakina Mann, and won three: Best Horror Film, Best Actress for Kidman and Best Supporting Actress for Fionnula Flanagan. Kidman was also nominated for a Golden Globe Award for Best ... more on Wikipedia

The Others is ranked on...

The Others is also found on...