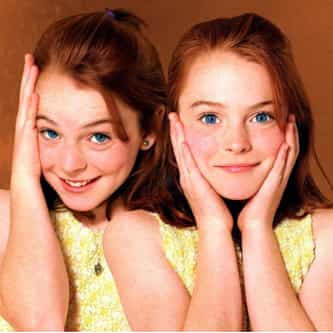 The Parent Trap is a 1998 romantic comedy film co-written and directed by Nancy Meyers, and produced and co-written by Charles Shyer. It is the second adaptation of Erich Kästner's German novel Lottie and Lisa following the 1961 film of same name, and stars Dennis Quaid and Natasha Richardson as a couple who divorce soon after marrying, and Lindsay Lohan in a dual role as their twin daughters, Hallie Parker and Annie James who are accidentally reunited after being separated at birth. ... more on Wikipedia

lists about The Parent Trap

140 votes The Most Memorable Quotes From 'The Parent Trap'

The Parent Trap IS LISTED ON