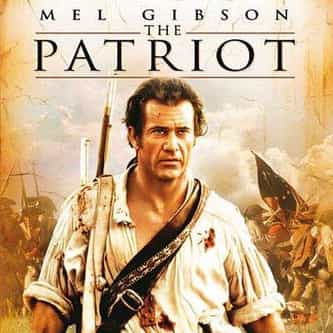 The Patriot is a 2000 American epic historical fiction film directed by Roland Emmerich. Peaceful farmer Benjamin Martin (Mel Gibson) is driven to lead the his own group of men during the American Revolution when a sadistic British officer (Jason Isaacs) takes his son's life. ... more on Wikipedia

The Patriot IS LISTED ON