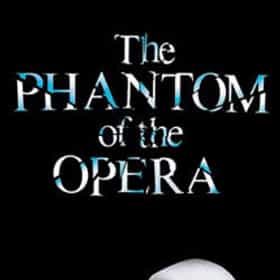 The Phantom of the Opera is a musical with music by Andrew Lloyd Webber and lyrics by Charles Hart. Richard Stilgoe and Lloyd Webber wrote the musical's book together. Stilgoe also provided additional lyrics. Based on the French novel of the same name by Gaston Leroux, its central plot revolves around a beautiful soprano, Christine Daaé, who becomes the obsession of a mysterious, disfigured musical genius living in the subterranean labyrinth beneath the Paris Opéra House.The musical opened in London's West End at Her Majesty's Theatre in 1986, and on Broadway in 1988. It won the 1986 Olivier Award and the 1988 Tony Award for Best Musical, and Michael Crawford (in the ... more on Wikipedia

The Phantom of the Opera is ranked on...

#3 of 196 People who voted for The Phantom of the Opera... also upvote Twilight Saga Franchise on The Worst Movies Of All Time also upvote Star Trek Franchise on The Best Space Movies The Greatest Musicals Ever Performed on Broadway, Ranked 215.3k VOTES List of the best musicals to ever run on stage, whether on Broadway, the West End, or in smaller fringe theaters around the ...
#3 of 65 The Best Tony Award Winning Musicals 6.7k VOTES This list ranks the greatest musicals that have won the Tony Award for Best Musical, though many of these Broadway musical...
#4 of 24 The Best Broadway Shows Right Now 6.4k VOTES This list contains all of the hottest Broadway shows currently playing, including plays and musicals. You might also be inte...
#2 of 33 The Best Broadway Musicals of the 80s 3.7k VOTES There's nothing quite like a live Broadway musical. But what are the best Broadway musicals from the 80s? From Cats to the P...
#11 of 51 The Best Broadway Musicals of the 2000s 7.7k VOTES What are the best Broadway shows today? This has been ranked by theater lovers to determine the top Broadway musicals from t...
#5 of 29 The Very Best Sung-Through Musicals 2.8k VOTES You may consider yourself a fan of musical theater, or musicals in general, but are you truly? While many of the most p...
#30 of 39 The Best Broadway Shows for Kids 4.3k VOTES   From tiny tots to high schoolers, kids of all ages will enjoy these great Broadway musicals. While many are running...
#2 of 49 The Best Grammy-Nominated Musical Theater Albums of the 1980s 270 VOTES From critically-acclaimed revivals to inventive new works, musical theater in the '80s had it all. These are the nominees ...
#1 of 17 The Best Musicals by Andrew Lloyd Webber 2.1k VOTES The best Andrew Lloyd Webber musicals can transport audiences to another place and time, as they follow along with the thril...

The Phantom of the Opera is also found on...