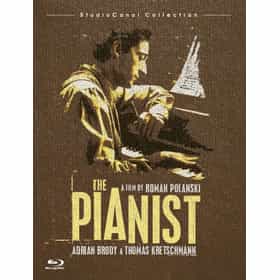 The Pianist is a 2002 historical drama film co-produced and directed by Roman Polanski, scripted by Ronald Harwood, and starring Adrien Brody. It is based on the autobiographical book The Pianist, a WWII memoir by the Polish-Jewish pianist and composer W³adys³aw Szpilman. The film was a co-production between France, the United Kingdom, Germany, and Poland. The Pianist met with significant critical praise and received multiple awards and nominations. It was awarded the Palme d'Or at the 2002 Cannes Film Festival. ... more on Wikipedia

lists about The Pianist

The Pianist is ranked on...

The Pianist is also found on...