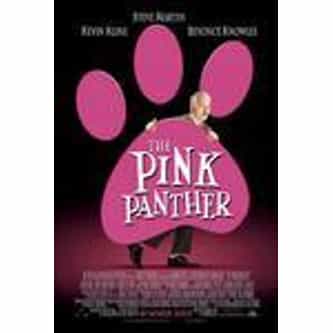 The Pink Panther is a 2006 American detective comedy film and a reboot of The Pink Panther franchise, marking the tenth installment in the series. In this film, Inspector Jacques Clouseau is assigned to solve the case of a famous soccer coach and the act of the famous Pink Panther diamond. The film stars Steve Martin as Clouseau and also co-stars Kevin Kline, Jean Reno, Emily Mortimer, and Beyoncé Knowles. Despite a negative reception from critics, the film was a commercial success, ... more on Wikipedia

The Pink Panther IS LISTED ON