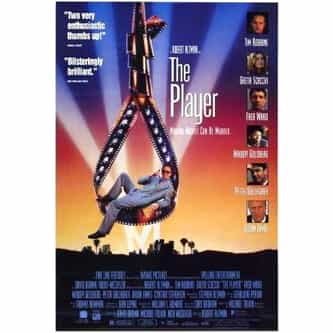 The Player is a 1992 American satirical film directed by Robert Altman from a screenplay by Michael Tolkin based on his own 1988 novel of the same name. It is the story of Hollywood studio executive Griffin Mill who takes an aspiring screenwriter's life he believed was sending him threats. The Player has many film references and Hollywood insider jokes, with around sixty Hollywood celebrities agreeing to make cameo appearances in the film. Altman stated, "It is a very mild ... more on Wikipedia

The Player IS LISTED ON

anime like wise man grandchild, point park university notable alumni, best interracial movies, movie about being alone, parodies better than original, who was the first person to get plastic surgery, blue jackets players, movies with Heaven in the title, movies to watch on shrooms, mac and me cast