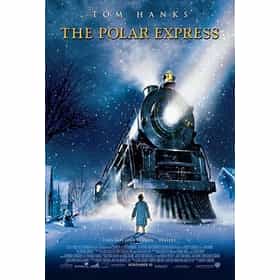 The Polar Express is a 2004 American motion capture computer-animated musical Christmas fantasy film based on the children's book of the same title by Chris Van Allsburg. Written, produced, and directed by Robert Zemeckis, the film featured human characters animated using the live action performance capture technique, with the exception of the dancing waiters who dispense hot chocolate on the train, because their feats were impossible for live actors to achieve. The film stars Daryl Sabara, Nona Gaye, Jimmy Bennett, and Eddie Deezen, with Tom Hanks in six distinct roles. The film also included a performance by Tinashe at age 9, who later gained exposure as a pop singer in 2010, as the ... more on Wikipedia

The Polar Express is ranked on...

The Polar Express is also found on...