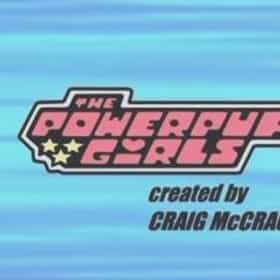 The Powerpuff Girls is an American animated television series created by animator Craig McCracken and produced by Cartoon Network Studios for Cartoon Network. The show centers on Blossom, Bubbles, and Buttercup, three girls with superpowers, as well as their father, the brainy scientist Professor Utonium, who all live in the fictional city of Townsville, USA. The girls are frequently called upon by the town's childlike and naive mayor to help fight using their powers. McCracken originally developed the show in 1992 as a cartoon short entitled Whoopass Stew! while in his second year at CalArts. ... more on Wikipedia

lists about The Powerpuff Girls

The Powerpuff Girls is ranked on...

#56 of 385 People who voted for The Powerpuff Girls... People under 30 are 2x more likely to vote for this The Best Kids Cartoons of All Time 1.2M VOTES This list contains information about the best kids cartoons, ranked by your votes. Over the years, there have been tons of g...
#152 of 590 The Best TV Theme Songs of All Time 323.2k VOTES The best TV theme songs and TV intros of all time will take you back to some of the greatest moments in TV. Television theme...
#2 of 81 The Best Trios Of All Time 34.2k VOTES Remember the old phrase, "Three's a crowd?" Sure, it's earnest when you're dealing with a tandem bicycle or t...
#121 of 145 The Most Annoying Kids Shows of All Time 84k VOTES There's something about TV shows made for children that can really put the rest of the world on edge. The loudness, the obno...
#13 of 129 The Best Cartoons of the '90s 766.6k VOTES The best cartoons of the 90s are those the top animated series that ran between the years of 1990 and 2000 and features Nick...
#38 of 236 The Greatest Cartoon Theme Songs of All Time 163.8k VOTES For entire generations of kids, some of their most fond memories are of watching Saturday morning cartoons. The animated sho...
#28 of 143 The Best Comic Book & Superhero Shows of All Time 86.7k VOTES List of the best superhero TV shows - only the greatest television series about superheroes in the history of the television...
#26 of 83 The Best After School Shows from the '90s 90.8k VOTES Everyone knows the '90s were hands-down the best time to be a kid, because it had some of the most creative cartoons and kid...
#70 of 271 The Best Female-Led TV Shows 25.7k VOTES While society has by no means reached actual equality, in the last few years television viewers have started to see an uptic...
#64 of 169 The TV Shows Most Loved by Hipsters 29k VOTES List of TV shows hipsters love, currently running and from the past. Perhaps a TV-watching hipster seems like an oxymoron; a...
#38 of 238 The Best Cartoons to Watch Stoned 64.7k VOTES Do you often wonder, “what are the best shows to watch high?” Or, more specifically, “what are the best cartoons to watch hi...
#18 of 45 The Most Crude and Classic '90s Adult Cartoons 24.2k VOTES Do you like crude jokes and quirky characters? Who doesn't?! This list of the best 90s adult cartoons contains all your favo...
#16 of 54 The Best '90s Cartoon Theme Songs 31k VOTES The 1990s weren't only about grunge, Bill Clinton and the rise of the Internet, some amazingly talented animators were creat...
#1 of 44 The Best Children's Cartoons with Adult Humor 13.5k VOTES The absolute best children’s cartoons with adult humor, ranked from the most popular to the least based by the Ranker commun...
#5 of 18 The Best Cartoon Network Shows of the '90s 1k VOTES The 1990s were a glorious time. You could listen to Alanis Morisette any time you turned on the radio, and Surge was readily...
#549 of 1,328 The Best Guilty Pleasure TV Shows 19.7k VOTES List of the best guilty pleasure TV shows, past and present, including sitcoms, dramas, reality shows, and game shows. These...
#4 of 13 The Greatest Cartoon Cartoons Ever 8.2k VOTES As this list makes clear, "Cartoon Cartoons" are among the best animated series ever. It all started in 1995 with ...
#23 of 99 The Best New Animated TV Shows of the Last Few Years 93.6k VOTES With so many great TV series currently airing, we’re ranking the best animated TV shows since 2015. Our list of the highest ...
#83 of 686 The Greatest Shows of the 1990s, Ranked 262.9k VOTES In the 1990s, television was one of the fastest growing mediums. More TV shows were popping up than ever before, and ratings...
#12 of 17 The Best Current Cartoon Network Shows 8.1k VOTES Some of the best Cartoon Network shows on now in 2019 illustrate the ways in which animation - and children's programming in...
#83 of 476 The Best Television Shows of the 2000s 148k VOTES Some great TV shows came out of the 2000s, while some have even lived on. Here's a list of the best shows that aired from 20...
#17 of 71 The Greatest Animated Superhero TV Series Ever 16k VOTES The greatest animated superhero shows are amazing works of art that typically don’t get as much attention as superhero block...
#27 of 101 The Best 1990s Animated Series 40.1k VOTES These are the top 1990s animated series, ranked from best to worst by user votes. The best 1990s animated series really ch...
#20 of 53 The Best Animated Sci-Fi & Fantasy Series Ever Made 3.2k VOTES Animated television shows have a unique ability to create truly fantastical and out of this world fantasy and science fictio...
#6 of 13 The 13 Best Anime Like Samurai Jack 429 VOTES Samurai Jack first aired in 2001, but it's stayed alive in fans' hearts since then. Because it originated in the USA, i...
#12 of 54 The Best Action TV Shows For Kids Ever Made 583 VOTES Kids action shows can spark the imagination. A single series can make children believe they can grow up to be globe-trotting...
#17 of 64 The Best Children's Cartoon TV Shows Since 2015 500 VOTES Chances are if you grew up sometime in the latter half of the 20th century, your childhood was filled with amazing anim...