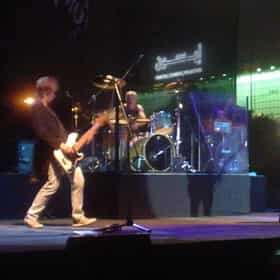 The Pretenders are an English-American rock band formed in Hereford, England, in March 1978. The original band comprised initiator and main songwriter Chrissie Hynde, James Honeyman-Scott, Pete Farndon, and Martin Chambers. Following the drug-related deaths of Honeyman-Scott and Farndon, the band has experienced numerous subsequent personnel changes, with Hynde as the only consistent member, and Chambers returning after an absence of several years. ... more on Wikipedia

Pretenders is ranked on...

Pretenders is also found on...