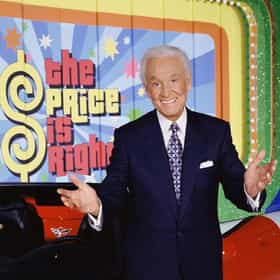 The Price Is Right is an American television game show created by Mark Goodson and Bill Todman. The show revolves around contestants competing to identify accurate pricing of merchandise to win cash and prizes. Contestants are selected from the studio audience when the announcer proclaims the show's famous catchphrase, "Come on down!" The program premiered on September 4, 1972 on CBS. Bob Barker was the series' longest-running host from its 1972 debut until his retirement in June 2007, when Drew Carey took over. Barker was accompanied by a series of announcers, beginning with Johnny Olson, followed by Rod Roddy and then Rich Fields. In April 2011, George Gray became the ... more on Wikipedia

The Price Is Right is ranked on...