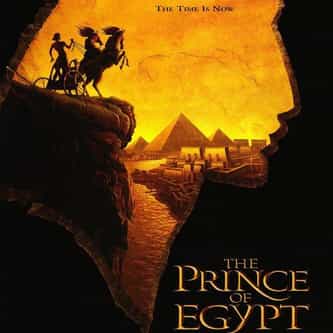 Tagline
The Power Is Real.
The Story Is Forever.
The Time Is Now.
Two brothers united by friendship divided by destiny.

The Prince of Egypt is a 1998 American animated epic musical biblical film and the first traditionally animated film produced and released by DreamWorks Pictures. The film is an adaptation of the Book of Exodus and follows the life of Moses from being a prince of Egypt to his ultimate destiny to lead the children of Israel out of Egypt. The film was directed by Brenda Chapman, Simon Wells and Steve Hickner. The film featured songs written by Stephen Schwartz and a score composed by Hans ... more on Wikipedia

The Prince of Egypt IS LISTED ON