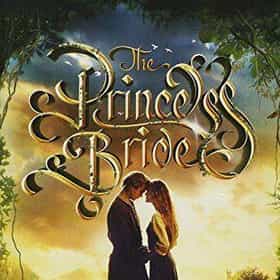 The Princess Bride is a 1987 American romantic comedy fantasy adventure film directed and co-produced by Rob Reiner. It was adapted by William Goldman from his 1973 novel of the same name. The story is presented in the film as a book being read by a grandfather to his sick grandson, thus effectively preserving the novel's narrative style. This film is number 50 on Bravo's "100 Funniest Movies", number 88 on The American Film Institute's "AFI's 100 Years...100 Passions" list of the 100 greatest film love stories, and 46 in Channel 4's 50 Greatest Comedy Films list. In the United Kingdom as well as the United States, The Princess Bride has developed into a cult film. ... more on Wikipedia

lists about The Princess Bride

The Princess Bride is ranked on...

The Princess Bride is also found on...