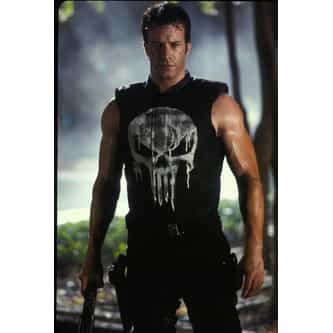 The Punisher is a 2004 American comic book vigilante action film based on the Marvel Comics character of the same name, starring Thomas Jane as the antihero Frank Castle / The Punisher and John Travolta as the villain Howard Saint, a money launderer who orders the end of Castle's entire family's lives. ... more on Wikipedia

lists about The Punisher

1.8k votes 14 Times the Punisher Had His Rear Handed to Him

166.9k readers How The Punisher Became The Cosmic Ghost Rider And Why He's Road-Tripping With A Baby Thanos

The Punisher IS LISTED ON