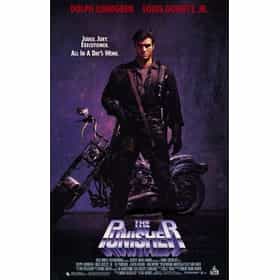 The Punisher is a 1989 Australian-American action film directed by Mark Goldblatt and starring Dolph Lundgren. It is based on the Marvel Comics' character of the same name. The film changes many details of the comic book origin and the main character does not wear the trademark "skull". The Punisher was filmed in Sydney, Australia and also co-starred Louis Gossett, Jr., Jeroen Krabbé, Kim Miyori, Nancy Everhard and Barry Otto. ... more on Wikipedia

The Punisher is ranked on...

The Punisher is also found on...