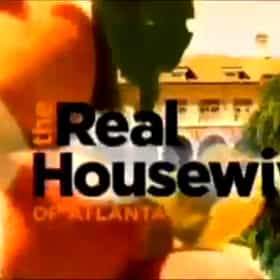 The Real Housewives of Atlanta

The Real Housewives of Atlanta is an American reality television series that premiered on October 7, 2008, on Bravo. Developed as the third installment of The Real Housewives franchise, following The Real Housewives of Orange County and New York City, it is currently in its seventh season and focuses on the personal and professional lives of several women residing in Atlanta, Georgia. The series originally focused on Lisa Wu-Hartwell, DeShawn Snow, NeNe Leakes, Kim Zolciak, and Shereè Whitfield. Snow left the program after the first season and was replaced by Kandi Burruss, beginning in the second season. Hartwell departed the series at the conclusion of the second season and ... more on Wikipedia

lists about The Real Housewives of Atlanta

The Real Housewives of Atlanta is ranked on...

#15 of 290 The Most Overrated TV Shows Of All Time 551.1k VOTES List of the most overrated TV shows of all time, ranked by fans, critics, and people like you. Ever since the dawn of the ...
#26 of 30 The Trashiest TV Shows You Can't Help Loving 6.7k VOTES There's a certain type of entertainment that is universally loved, simple in premise, and so much fun to watch... And yet ...
#89 of 157 People who voted for The Real Housewives of Atlanta... are 6x more likely to vote for Girlfriends on this list are 7x more likely to vote for The Game on this list TV Shows Most Loved by African-Americans 91k VOTES This list contains TV shows black people love, whether the shows are current or from the past or contain an all-African-Amer...
#92 of 256 The Best Reality TV Shows Ever 170.5k VOTES This is a list of the best reality TV shows on television, the most (often shamefully) addictive reality TV series. From g...
#8 of 139 The Dumbest Reality Shows of All Time 95.1k VOTES Reality shows are stupid. No one's really denying it at this point. Yet they continue to prove massively popular - if arguab...
#35 of 88 The Best Reality Shows Currently on TV 47.2k VOTES What are the best reality shows on right now ? Are you a Real Housewives faithful or are you totally into reality shows set ...
#34 of 47 The Very Best Black TV Series of the 2010s, Ranked 750 VOTES These are the best 2010s Black TV shows, ranked from best to worst by user votes. From some good 2010s African American TV s...
#6 of 71 The Best Bravo TV Shows 16.4k VOTES List of popular Bravo shows, ranked from best to worst. This list of the top current and cancelled Bravo TV series includes ...