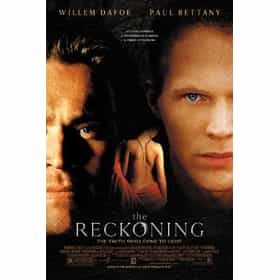 The Reckoning is a 2003 British-Spanish murder mystery drama film directed by Paul McGuigan and starring Paul Bettany, Willem Dafoe, Tom Hardy, Gina McKee, Brian Cox and Vincent Cassel. It was written by Mark Mills and based on the 1995 novel Morality Play by Barry Unsworth. Filming was done on location in Spain, Wales and England. The story, which is set during the medieval period in England, alludes to the evolution of the theatre arts from what was strictly Biblical morality plays in the period to dramas based on real or non-Biblical fictional subjects. ... more on Wikipedia

The Reckoning is ranked on...

The Reckoning is also found on...