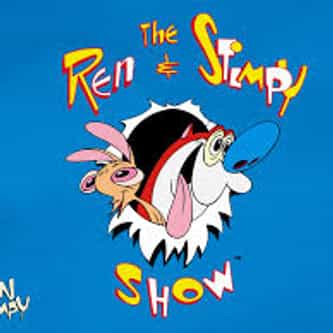 The Ren & Stimpy Show, often simply referred to as Ren & Stimpy, is an American animated television series, created by Canadian animator John Kricfalusi. The show premiered on August 11, 1991, on Nickelodeon as part of its Nicktoons block along with Rugrats and Doug. The series focuses on the titular characters: Ren Höek, an emotionally unstable chihuahua, and Stimpson J. Cat, a good-natured, dimwitted cat. ... more on Wikipedia

lists about The Ren & Stimpy Show

1.1k votes The Most Messed Up Things Ren Did to Stimpy

The Ren & Stimpy Show IS LISTED ON