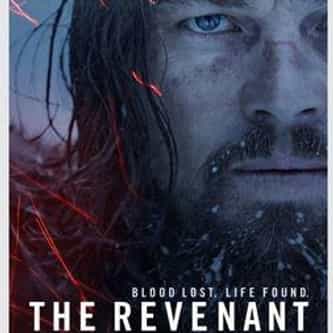 The Revenant is a 2015 American semi-biographical epic western film directed by Alejandro G. Iñárritu. A frontiersman (Leonardo DiCaprio) on a fur trading expedition in the 1820s fights for survival after being mauled by a bear and left by members of his own hunting team. ... more on Wikipedia

The Revenant IS LISTED ON