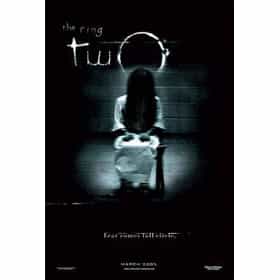 The Ring Two is a 2005 American psychological horror film, and a sequel to the 2002 film The Ring, which was a remake of the 1998 Japanese film Ringu. Hideo Nakata, director of the original Japanese film Ringu, on which the American versions are based, directed this film in place of Gore Verbinski. This sequel is not based on any of the Japanese sequels to Ringu and is an original storyline, continuing from The Ring. The movie was filmed in Astoria, Oregon and Los Angeles, California. It was released on March 18, 2005 and although it was met by generally negative critical reception, it opened in the United States with a strong US$35 million its first weekend, more than doubling the ... more on Wikipedia

The Ring Two is ranked on...

The Ring Two is also found on...