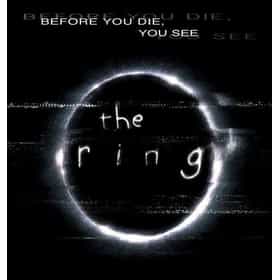 The Ring is a 2002 American psychological horror film directed by Gore Verbinski and starring Naomi Watts. It is a remake of the 1998 Japanese horror film Ring, which was based on the novel Ring by Kôji Suzuki. The Ring was released in theaters on October 18, 2002 and received critical acclaim with critics praising the reliance on dread and visuals over gore and the direction along with the screenplay writing but criticizing the character development. The film also grossed over $249 million on a $48 million production budget making it one of the highest grossing horror films of all time. The Ring was soon followed by a sequel titled The Ring Two. The Ring is notable for being the ... more on Wikipedia

15 Things You Didn't Know About The Japanese Version Of The Ring 50.8k views In 1998, a little Japanese horror movie named Ringu was released and it changed the face of horror cinema forever. In The Ri...
15 Things You Didn't Know About the American Version of The Ring 24.3k views In 2002, the words “seven days” became one of the most frightening phrases in the English language, and it was all thanks to...
The Most Haunting Quotes From 'The Ring' 131 votes If you have dared to watch the movie, we want you to vote for the best quotes from The Ring. The Ring quotes really show why...

The Ring is ranked on...

The Ring is also found on...