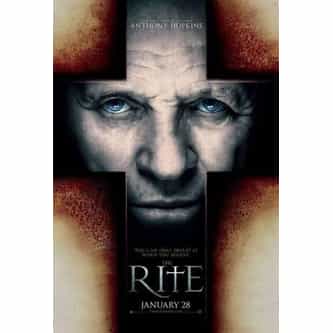 Tagline
You can only defeat it when you believe.

The Rite is a 2011 American supernatural thriller film directed by Mikael Håfström and written by Michael Petroni. It is loosely based on Matt Baglio's book The Rite: The Making of a Modern Exorcist, which itself is based on real events as witnessed and recounted by American then-exorcist-in-training Father Gary Thomas and his experiences from being sent to Rome to be trained and work daily with veteran clergy of the practice. The film stars Anthony Hopkins, Colin O'Donoghue, ... more on Wikipedia

The Rite IS LISTED ON