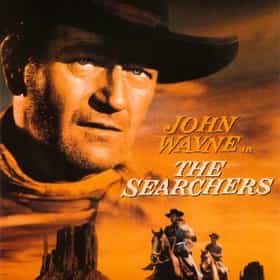 The Searchers is a 1956 American Technicolor VistaVision Western film directed by John Ford, based on the 1954 novel by Alan Le May, and starring John Wayne as a middle-aged veteran who spends years looking for his abducted niece, accompanied by his adoptive nephew. Critic Roger Ebert found Wayne's character, Ethan Edwards, "one of the most compelling characters Ford and Wayne ever created". The film was a commercial success, although it received no Academy Award nominations. Since its release, it has come to be considered a masterpiece, and one of the greatest and most influential films ever made. ... more on Wikipedia

The Searchers is ranked on...

The Searchers is also found on...