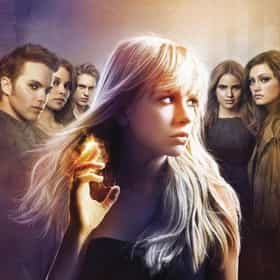 The Secret Circle is an American supernatural teen drama that aired on The CW from September 15, 2011, to May 10, 2012. It is based on the book series of the same name written by L. J. Smith. Set in the town of Chance Harbor, Washington, the series focuses on Cassie Blake who, after moving to Chance Harbor, discovers that she is a hereditary witch and soon after joins a secret coven of five others. The series was developed by Andrew Miller and was picked up on May 17, 2011, by The CW. On October 12, 2011, The CW ordered a full 22-episode season of the series. On May 11, 2012, The CW canceled the series. The ratings decline in the second half of the season, the expensive cost of special ... more on Wikipedia

The Secret Circle is ranked on...